Have you heard about OLX.in? Probably, your answer would be affirmative, because the mentioned site, OLX.in had done very well in making normal people aware about the uses of this awesome platform. As you might know, strong weapon of this publicity was their advertisement through TV channels. Thus, OLX.in had become a matter of notable discussion among common internet users, while other services kept promoting themselves mainly among the geeks. Of course, it is worth noting down that the behavior of those TV ads was also important to build such awareness. In addition to these, some people became fans of these advertisements, as the way of presentation was impressive for most of TV audience.

If you are such a fan, you can stay connected with those interesting ads using YouTube channel of the company. However, we do hope that at least some of you need a bit information about OLX.in in order to get a clearer idea about its working. Nevertheless, rather than telling a lot about the service, we will tell you some of the notable advantages of OLX.in, and how an advertisement in the website can help you get good deals. We hope that these advantages can force you at least give a try for the platform than the traditional method of selling.

As you might know, you can hire a broker from your local area to buy and sell things, or you can even approach store to sell a used product. But the problem is that, in both these options, you will have to pay them an amount, which is labeled as ‘brokerage’. However, when it comes to the case of OLX.in, the free platform, you do not have to pay such an amount. Of course, as the service provides all its features completely free, we hope the advertisement in OLX.in makes enough sense for those who seek more deals without spending much.

Unlike most of you think, the audience of OLX.in is quite large! Other than the web-based platform, OLX.in offers the access through different devices through its dedicated applications. For instance, if you have an Android device, you can download the official application of OLX.in and use the service in an enhanced form. The same case is applicable for your iPhone or iPad, as the dedicated application is available for iOS as well. When combined with the support for multiple languages, including local ones, OLX.in enhances itself as a better place to publish ads and buy products from.

We hope these reasons are enough to make OLX.in the best place to buy and sell things! However, we need to hear from you. We are waiting for your comments, and don’t disappoint us. 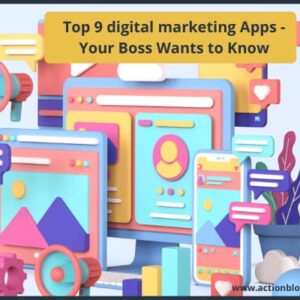